How HFH was initiated and established at Rawalpindi, is very interesting and thought provoking. It was way back in 1837 that Agnes Mc Laren was born in Edinburgh and very soon, while still a young girl, she developed interest in ailing humanity and desired to become a doctor. 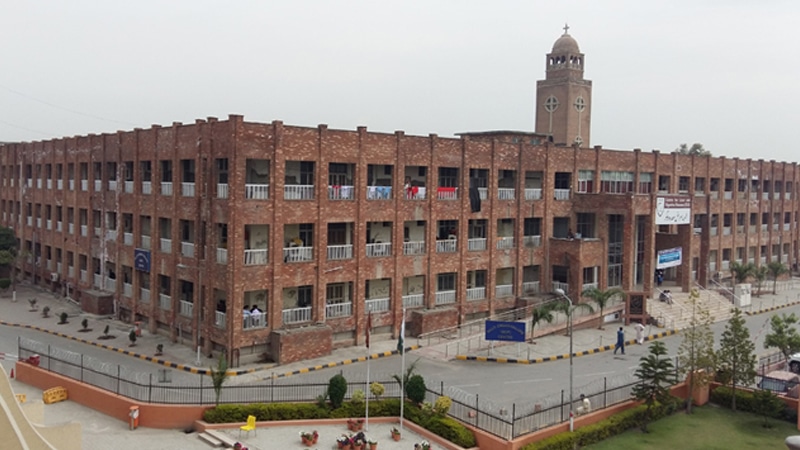 She had to study medicine in France, as the medical schools in British Islets were not open to women, at that time. In later life she became highly compassionate about the obstetric plight of Muslim women and their children in the north of India, an area now in Pakistan. By raising funds she founded the ‘Medical Mission Committee’ in London, particularly for this purpose. It was by her dedication that St. Catherine hospital was opened in 1909, behind the Presentation Convent, at Rawalpindi. Dr. Angus Mc Laren had specially supported a young Austrian Dr. Anna Dangel, who proceeded to Rawalpindi to work in this hospital, single handed, for years. She was so loving and welcoming, that even the young girls of Rawalpindi knew her well as ‘sister Ann’ and learned crochet and embroidery of European style from her, in addition to the treatment they and their mothers received from her. Sister Anna Dangel in her turn founded the ‘ Medical Mission of Sisters’ in 1925 in U.S.A and was herself elevated to ‘Mother Anna Dangel’. It was under her leadership that along with other mission ‘Sisters’ in 1927, HFH took its initial shape at Murree Road, Rawalpindi, in the building which is now being used for St. Mary’s School. Being the first hospital of its kind in the whole of this area, very soon it established distinguished reputation of excellent maternity services and towards 1940’s it got shifted to its present premises, with no construction around it, till far and wide, at that time. The new hospital was not only provided with most facilities of its time, but also had a large number of ‘Sisters’ working in it as doctors, nurses along with a significant number of local staff. The ‘Sisters’ mostly lived within the hospital, but a few lived in bungalows just outside the hospital. The hospital had and has two basic stories i.e., the Ground and first floor, which housed the 200 bedded wards, emergency room, operation room, labour room, Nurseries, De-Luxe ( private block), semi private rooms, lavish kitchen, pharmacy, laboratory, OPD, Records room, Medical Director’s office, etc. An inbuilt Chapel was also constructed for the Christians. On top of these stories is the third one, housing a high class NursingSchool, which produced excellent nurses and high class sister tutors. Room 400, a large hall is annexed to the latter and at that time served the purpose of nurses training, hosting their graduation ceremonies and plays and other activities. A tower rising from this level is a land mark of this structure, visible from far. The large basement of the hospital, had numerous workshops, like maintenance, carpenting, electric, tailoring, cleaning and a large laundry. Furthermore, this basement could accommodate all the patients of the hospital during emergency situations according to a set ‘Disaster Plan’. The bricked outer facing, the thick insulating walls and the curved wall/floor junctions are some of the specific features of this building. As far as the doctors are concerned, some of the earlier ones included ‘Sister’ Dr. Claus, a Gynaecologist, who though a Roman Catholic, served our community in an unforgettable manner. While the Pakistani doctors affiliated with the hospital towards that time were Dr. A Rasheed Khan, a surgeon, Dr. Shaukat Malik, a physician, Dr. Sughra Ahmed, a pathologist and others. By late 1960’s, there were many whole time Pakistani highly qualified specialists working as ‘Chiefs’ of various ‘Services’, according to American terminology, namely Dr. Mohammad Habib, a Physician, Dr. Khalid Cheema, a Surgeon, Dr. Abbas Dossal, a Paediatrician and Dr. Zubaida Dossal, a Gynaecologist. (Much later in the years, the former two became Professorsof their subject in RMC). Amongst the other doctors of that time wereDr. Sarwat Khawaja who worked as an Anaesthesiologist and Dr. Surriya Malik, an OPD doctor. At that time and up to 1973, many missionary ‘Sisters’ were still there, with Dr. Mary Luis Gray, FACOG, an American, who was not only the ‘Chief’ of Obs/Gynae. Deptt, but also the Medical Director of the hospital. A ‘Sister’ used to be deputed to each station of the hospital right from the front desk, through the width, breadth and height of the hospital, with one solely incharge of the patients and their attendants flow to avoid inconvenience. The latter had passes for indoor patients. The maintenance of the hospital was superb and cleanliness such that reflections were visible through its corridors. ‘Sisters’ living within hospital had a lovely American styled dining room for them, close to the kitchen area. A lady dietician would go around the ward and private rooms, catering for specified food for each patient and those in the De-Luxe could have a choice of English or Pakistani food served in a very dignified manner. There was a lady pianist and a lady social worker as well. The ‘Sisters’ would expect senior most doctors to console and explain the cause of death of an adult or a child, however, maternal mortality was almost negligible despite a large number of deliveries and surgical sepsis was so rare that the ward concerned would be kept closed and fumigated for 2 to 3 days. The bed spacing was ideal and had occupancy maximal. High quality teaching and training materials, including models, were available for the nurses and residents, and so were the instruments (mostly imported) used in the operation, emergency and labour rooms, etc. After the ‘Sisters’ left, the hospital was placed under the charge of the Members of the Board of HFH, with Mr. Lodhi of Attock Oils heading it. Here we are giving few photocopied pages from original book

New Department of Radiology in HFH

Center for Liver and Digestive Diseases

Telemedicine is the use of medical information exchanged from one site to another via electronic communication for the health and education of the patient or health care provider and for the purpose of improving patient care. Requirements for telemedicine include tools like computer workstations, derma scope, e-scope, software, connectivity and trained health professionals.

Telemedicine is the use of medical information exchanged from one site to another via electronic communication for the health and education of the patient or health care provider and for the purpose of improving patient care. Requirements for telemedicine include tools like computer workstations, derma scope, e-scope, software, connectivity and trained health professionals.

Telemedicine software is client server based software designed specially for the healthcare professionals of Pakistan and to match the telecommunication infrastructure of the country. It has three components; Remote unit, hospital unit and a server unit.

Rawalpindi Medical University is a public university located in Rawalpindi, Punjab, Pakistan. It is affiliated with three public sector teaching hospitals . It is also listed among the recognized universities and degree awarding institutions by the HEC. 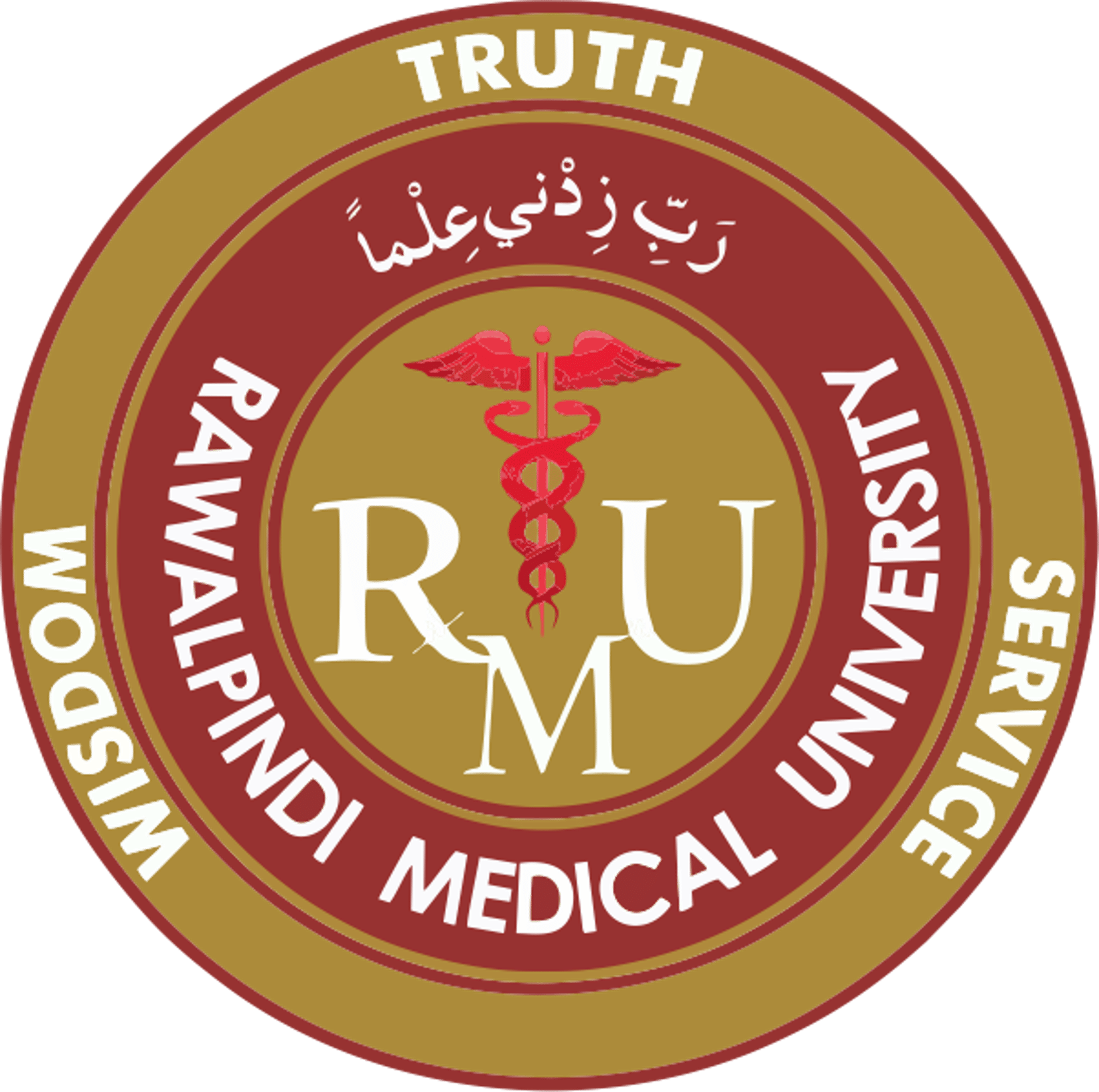